Why treat water in your home?

For the French it is as common to drink tap water as bottled water. 75% of the consumers questioned explained that they use both. However, 51% will prefer to drink bottled water every day. 64% will point their index to the price too high and 44% do not find the interest it can bring to health

That said, 55% will defend tap water for the practical side. Accessible in no time at all to quench your thirst. 54% will find it cheaper than the one bottled and packaged in plastic. It is also a matter of taste buds, since 70% of those who refractory to tap water say they simply do not like its taste

On both sides, the quality of tap water is confirmed by nearly 3/4 of the respondents (74%). There are even 80% of consumers who say they trust it; and this at a time when the sensitivity of the origin of food has become of paramount importance. 97% of the French have acknowledged that they are fully aware of the controls that are carried out on the water

It is a study that was carried out among 1,004 people aged 18 and over, representative of all French people in metropolitan France in 2013.

The water that comes out of our taps, from groundwater and groundwater or spring water, is returned to the drinking water supply through a complex process of water treatment in a highly regulated and state-controlled factory, we are told.... !!

As proof to the contrary, you are not afraid to consume it without moderation for your health....

...but more and more people will choose a water treatment system: for what reason?

Not for treating limescale in tap water....

For many French departments, and more particularly in Eastern France, the hard water content is hard. On the other hand, less hard water is said to be soft or even acidic.

There is no impact on health (the water remains clean) but it would be better for everyday comfort:

- Scaling on appliances that heat water above 65°C.
- Whitish traces on taps, sinks and other water washed taps.
- More frequent use of detergents and soaps (they foam less and are less effective)
- Irritation of the skin and scalp.

There are limestone filters based on polyphosphates but they are strongly discouraged for health and the environment. Remember the washing advertising period without phosphates! They are still available in DIY stores and many are caught because of the attractive price

Times change but not the tests. Tolerance thresholds set on which recent studies? It is mainly for the following reasons that many families have opted for a water filtration system:

- Water that is not pure enough: nitrate levels, sulphates, iron, pesticides, aluminium salts, medicines...
- Use of a well, spring water, borehole...
- An area exposed to the risk of pollution (Gironde, Brittany...)
- Water that is too acidic and causes corrosion of household appliances and pipes 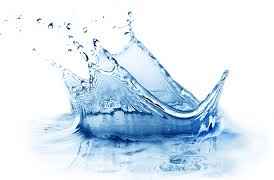 - Many consumers are changing their consumption habits.
However, using a water treatment system is cheaper and more efficient than buying it in bottles.

The drinking water in your home is treated in the factory after mandatory testing for only 60 pollutants compared to thousands. The cost of analysis is very high and privatization makes companies prefer to spend less and are not obliged to do more...

We will add chlorine, aluminum salts (Alzheimer's), we will only filter the mandatory pesticides, we will respect the levels of drugs in the water that are set, we do not know how and under what influence... In short, even with homeopathic doses ingested, we should not be surprised by other health problems in the coming years on our population (see article and video from the blog: tap water danger) 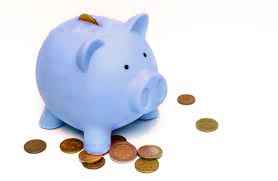 Water lobbies are among the most powerful

According to Marc Laimé's article Le Monde of 13 June 2015, the French water school, which lived its first days in the 1960s, serves as an example of the water management models that are still being exported around the world. But the strength of some interest groups has finally overcome this know-how that belonged to everyone and made a profit out of it. It is a market of about 25 billion euros in France and every year! The results are disastrous and it is due to an overbidding of practices, each more obscure than the next

All this would herald a real environmental cataclysm that unfortunately nothing could stop.
Only everyone's action could help us protect ourselves.

To be determined Shipping
0,00 € Total