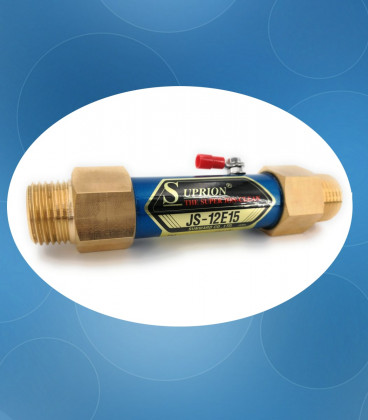 Ecological limescale remover suitable for homes with up to 2 bathrooms

A major evolution in water treatment.
It will prevent the formation of scale through its electrostatic amplification process.

This product is WRAS certified, recommended and guaranteed by The British Gas (historical gas supplier in England.)

It is a 3 in 1 device, its unique process helps to fight against limescale, it will descale and prevent corrosion of water pipes on the installation.

It will prevent the proliferation of bacteria in the water network, it will also improve skin problems and also increase the life span of your household appliances.

Efficiency guaranteed by the national energy distributor in England: the British Gas

In the absence of empirical evidence or definitive conclusions published by recognized independent bodies, British Gas a invested over two million pounds in its own comparative product evaluations ten years ago and then adopted the SUPRION with more than 70,000 installations on water heaters

How does it work?

While the SUPRION can look like a small, simple and discreet device, there are a multitude of complex molecular processes that occur inside. The SUPRION subjects your water supply to a wave of self-generated electrostatic energy. This ionizes water molecules, inhibiting the accumulation of scale, mud and rust

Why do you no longer need a Zinc anode?

In the galvanic ecological ecological anti-limestone it is the electrolysis which made it possible to release the zinc molecules (zinc ions) and to capture the calcium and magnesium molecules.

Unlike a galvanic system, with this latest generation system, there is no zinc anode to be consumed. There will be no metal molecules released into the water. It is the electrostatic field that will allow calcium and magnesium to bind to aragonite. The lifetime is at least 10 years and the manufacturer's warranty is 5 years.

These are the molecules that make up the layer of scale or limestone embedded in the pipes, water heaters, washing machines, dishwashers, resistance, etc.....

The curative effect is highly effective and fast. It also maintains a protective layer against corrosion and will prevent damage to equipment and pipes.

As with all anti-limestone or water softener systems, it is strongly recommended to place a sediment filter at least upstream to avoid the passage of sand or other particles that could affect the efficiency of the process. 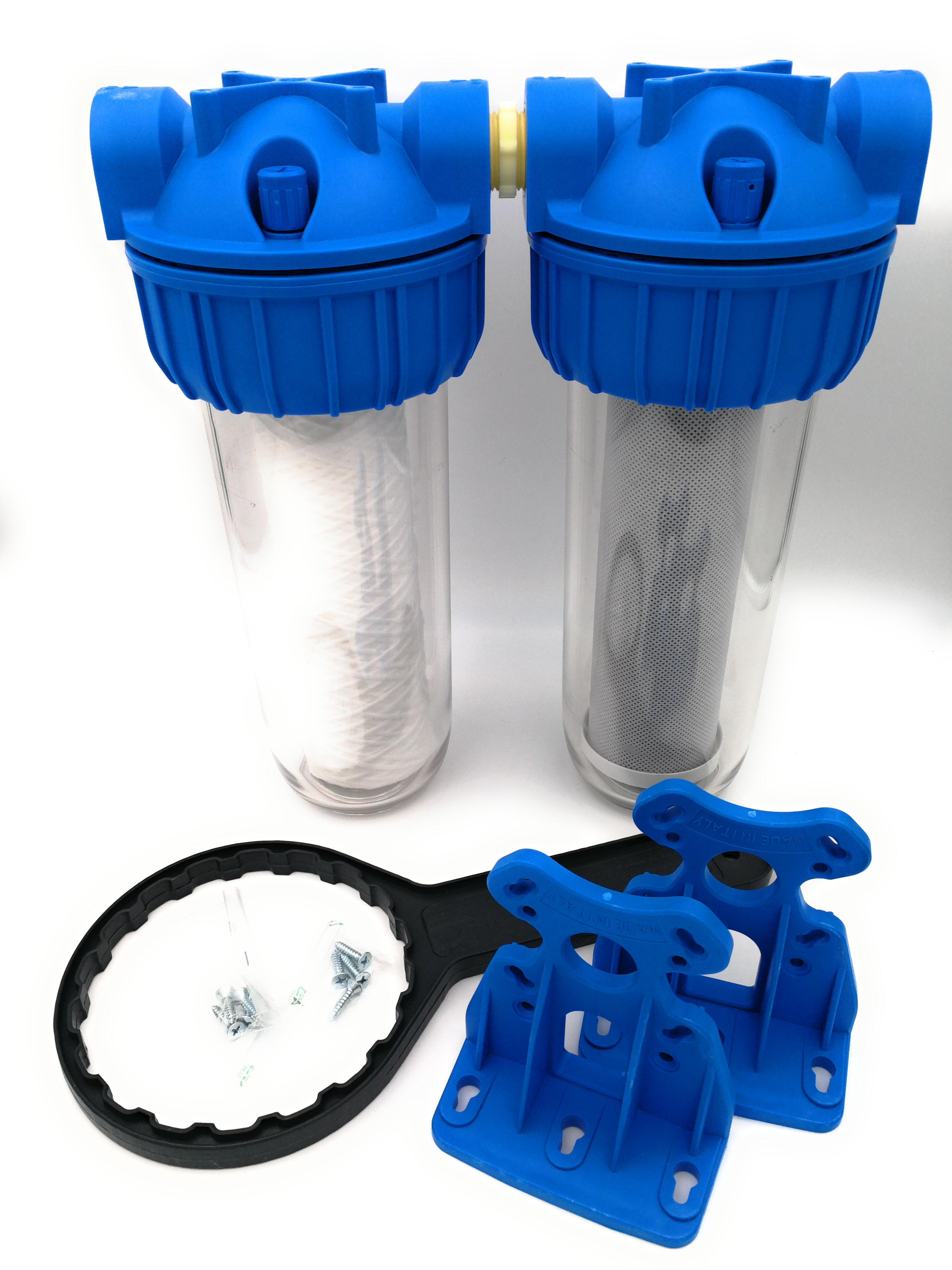 This document will inform you about the performance of the product and the correct installation procedures.

If your main pipe is larger, check the actual maximum flow rate of your home: Calculation method diameter and flow rate

The Suprion JS12-E15 is designed to be mounted directly onto 15mm pipes.

It is equipped with an olive compression fitting at each end.
The 15mm diameter is universal but not widely used in France.

If you have difficulties with this diameter, please follow the other assembly.

10
Pierril
Easy to install.
too recent use but I have full confidence

10
cichli
Easy to assemble
the product is easy to install only 2 reduction 3/4 - 1/2 had to be bought separately to make the connection on galvanized tubes.

10
Serge
Pretty good
The installation went well. The promise of no or very little white scale build up is pretty much kept. I'm only at the beginning of the use so I'll see later.

10
Annie C.
This system is not yet installed, it will take another month or two.

9
Michel Z.
A good product
After more than a month of installation, very satisfied with the product, water softer.

5
josé D.
Medium
Still limescale at the bottom of the kettle even with a filter upstream and downstream of the appliance ???
Answer:

9
PHILIPPE L.
Good product
Limescale is deposited much less, and no longer clings, especially in the kettle. A sponge stroke is enough to clean it.

10
nicole s.
Water softener
I recommend this product (JS75e22), having noticed the difference in the quality of the water we have "very hard" Thank you!

10
antoine f.
Very good
Excellent product, easy to install, discreet and above all very effective. We saw the difference in the whole apartment in a few days. The water has become transparent and no more limescale deposits on the shower faucet... Excellent product.

10
Rémy D.
Quick
A French manual would be welcome. The connection is made in copper diameter 15, not found in the current shops, I found it in Germany.
Answer: